As we all know, you can never have too many toilets in a school!  Thanks to a generous grant from the charity Meeting Needs, Uphill now has a new 5 stance latrine block which has been designed for the girls at the school, with a private washing area at one end. The new latrine also has one wider stance with hand rails that can be used for pupils with disabilities. 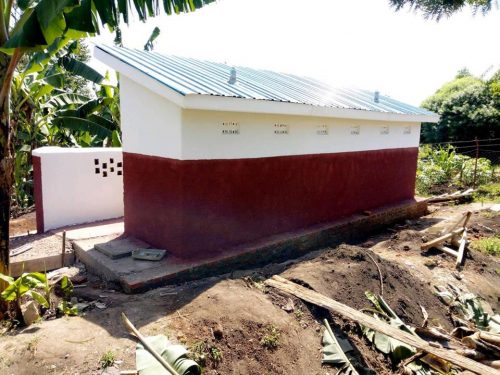 New latrine block for girls, with washroom and disabled access 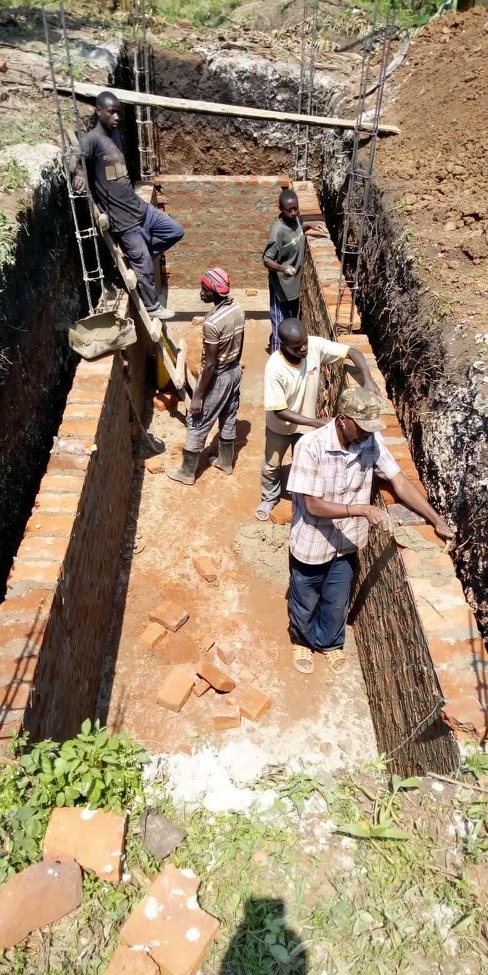 Building the sealed sewage tank for the new latrine

Sanitation improvements have always been high on The Uphill Trust’s agenda. When we first visited the school 150 pupils were making do with a 2 stance latrine without doors – it was a loo with a view, but also a loo with smells and flies! 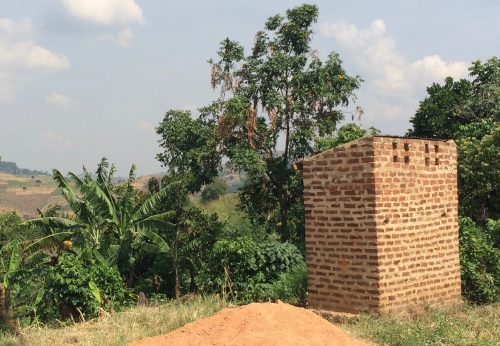 The original ‘loo with a view’

When a plot of land was secured as permanent site for the school in 2015, a good quality latrine block was requested by the school director as the first construction project. The 5 stance Ventilated Improved Pit (VIP) latrine was constructed in the early months of 2016 and officially opened by the trustees during their visit in March. 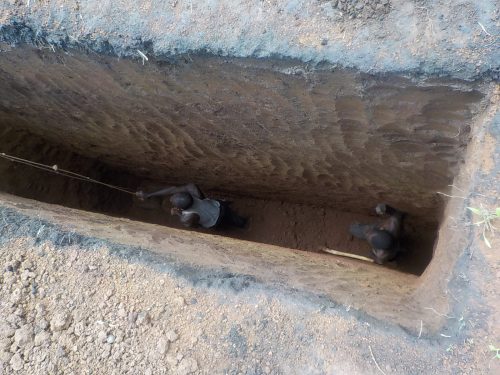 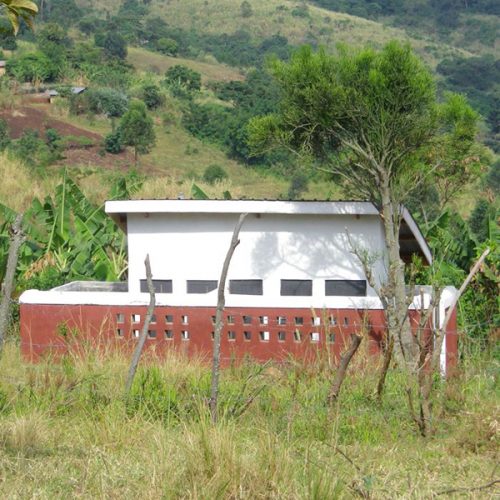 The first latrine block was completed in 2016

This block stood in splendid isolation on the new site, until a classroom block could be built later in 2016, and the community grumbled about ‘wasting money on a fancy latrine’ when what the school needed was classrooms. At the opening ceremony, we reassured the community that the build standard of the latrine block was an indicator of the standard of all the building we planned to construct – we think they can see that now.

The trust continues to plan health and hygiene improvements for Uphill Junior School – next on the list, after the construction of 4 more permanent classrooms during 2019, will be a permanent hand washing station to replace the small tanks that are currently being used around the school site. 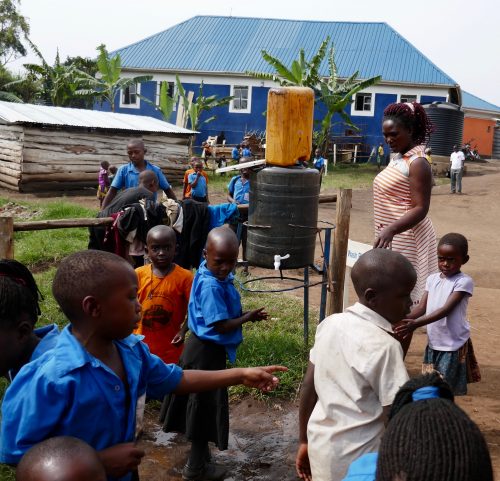 UPDATE: A second sewage tank latrine was funded by Meeting Needs in 2020 – this time for the primary boys.