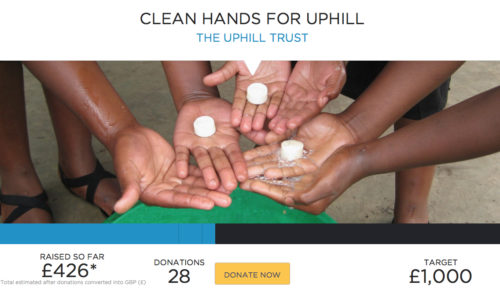 Encouraging the children and staff at Uphill Junior School to wash their hands after using the latrine and before eating has been a top priority for The Uphill Trust since our first trustee visit in 2015. Currently the school has three small hand washing tanks dotted around the school grounds and they are well used, but keep running out of water. Buying more small tanks doesn’t seem to help as the taps are easily broken by enthusiastic small hands! 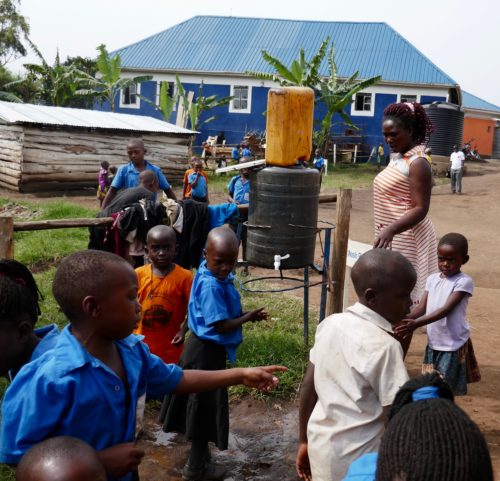 We would like to build a PERMANENT HAND WASHING STATION that can be used by everyone at the school, with sturdy taps, a regular water supply from the big rain water harvesting tanks, and a drainage system to allow the waste water to be used in the school vegetable garden.

Those of you who have been following the Uphill story for a few years will know that capturing rainwater and storing it in large tanks on the school grounds has been a regular theme in our fundraising from the very beginning .

In 2014, even before The Uphill Trust came into being, the 1at Newport Brownie pack, led by Uphill trustee Liddy, raised over £1,000 which funded a 5,000L water harvesting tank with guttering for the original wooden school. The Uphill Water Story had begun! 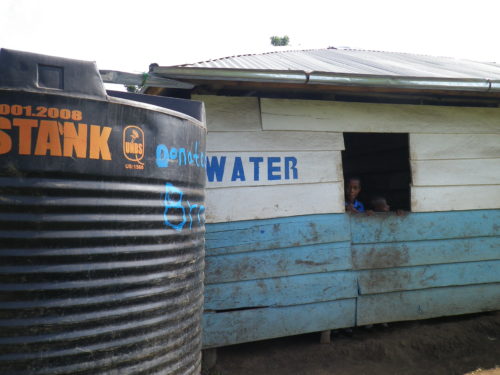 Since then, every year has seen a water-based project at the school, from the provision of small hand washing tanks, to the installation rain water-harvesting systems on all the new buildings on the new school site – the water storage capacity at Uphill is now 79,000L! A side project, in 2017, saw the complete refurbishment of the, by then defunct, shallow community well, funded by a legacy from a well wisher (no pun intended!). 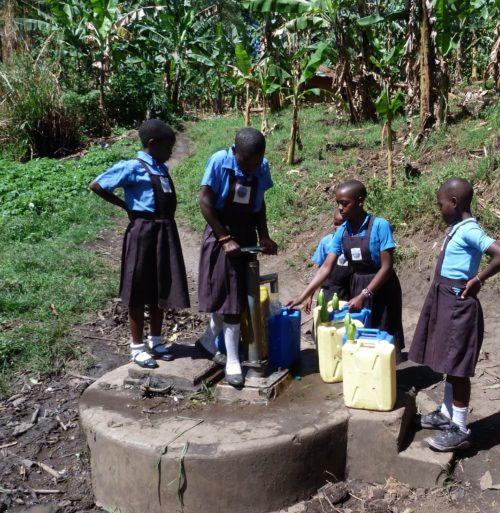 Old shallow well, with rickety hand pump, that ran dry in the hot season each year. 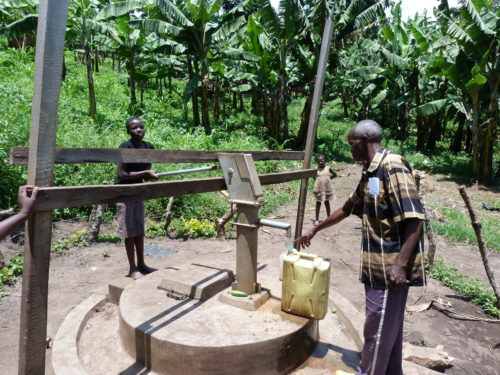 The refurbished well is deeper, lined and has a robust pumping mechanism that should withstand years of use. The well now draws water all year round. 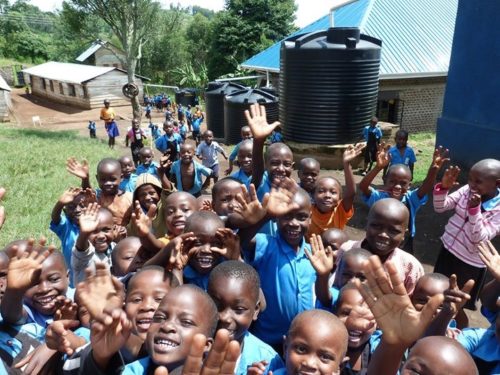 Every roof has at least one storage tank collecting rain water.

As well as collecting water, providing clean water for drinking has also become a priority, and ceramic water filter units are being provided in all the permanent buildings.

Hand washing is known to be one of the most effective ways of stopping germ transmission and is particularly important in close knit communities like schools. We have now identified a location on the school site to build a PERMANENT HAND WASHING STATION for the whole school – all we we need now are the funds!

UPDATE AUGUST 2020: The hand washing station is under construction! Thank you to everyone who supported this appeal. The final cost for this project was £2,250, which included extension re-routing of stored rain water around the school site and tiling for the hand washing station. Clean Hands for Uphill 2