Another in our series of posts about some of the children being supported in school by the  Pupil Support Fund: 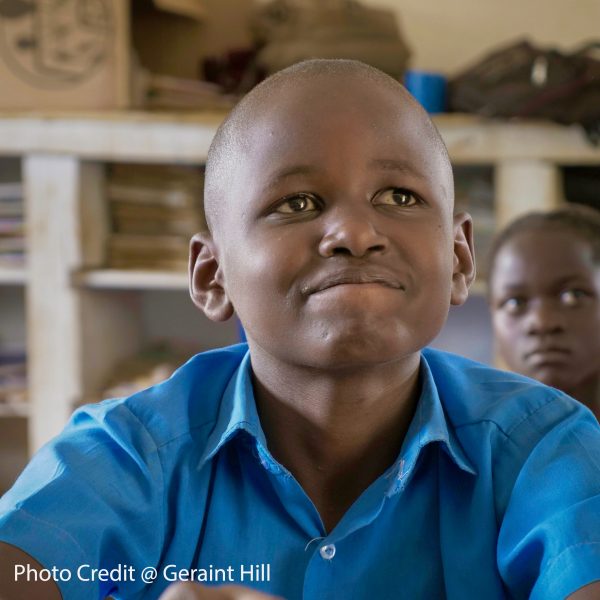 R joined Uphill Junior School in April 2016. At the end of his first academic year he achieved top marks across all subjects and he continued to do well, maintaining his position at the top of his class right through to Primary 7.

R had a difficult start in life.

His parents divorced and disappeared, leaving four children to fend for themselves in Kampala. They were spotted by a neighbour, who helped them onto a long-distance bus to Fort Portal in western Uganda where their grandmother lived. His parents have never been in contact and his grandmother could not afford to send all the children to school on a regular basis.

Uphill director Elius found out about the family and brought R to Uphill on a fee-free basis. He is a bright boy who is took full advantage of the educational opportunities that he has been offered. When he is not studying he loves to play soccer, like many Ugandan children.

R’s story is just one version of the difficulties faced by very many children in rural Uganda who have no parental care due to death, illness or abandonment. 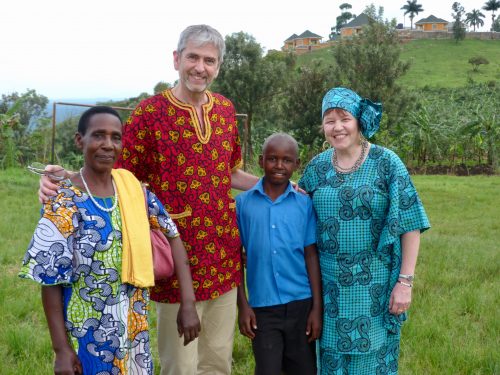 R proudly introduced us to his Grandmother in March 2018

UPDATE (February 2019):  The Uphill Trust introduced taster karate sessions during the annual trustee visit which R really enjoyed. We have now sent a karate training book over to Uganda (at R’s request) so that he can continue to develop his martial arts skills in his own time. 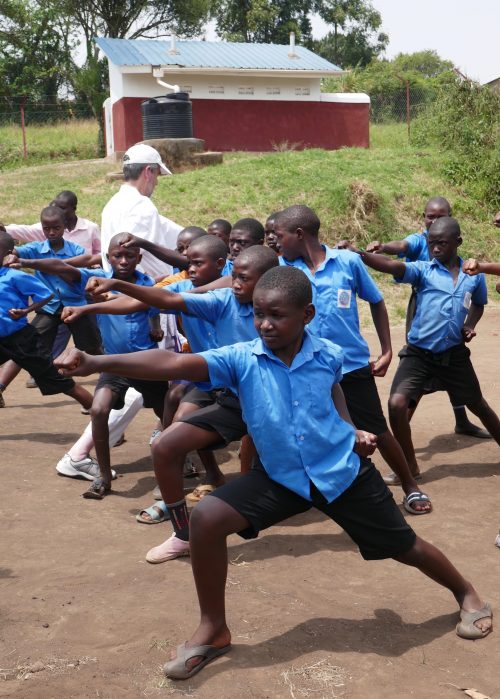 UPDATE (February 2020): In November 2019 R, along with 11 other children in Primary 7, left Uphill Junior School to sit the Ugandan Primary Leaving Examinations. He did extremely well, as we had expected, gaining the highest marks within the Parish.

In the words of the Director: “R is a genius, he knows almost everything! He can fix a broken radio, play all games! He has been the school karate trainer! He has been ever the first in class since joining the school! I wish him all the best!”.

R now has a private sponsor for secondary schooling and was enrolled as a boarder at St Thomas Aquinas College in Kamwenge at the start of the 2020 academic year. The COVID pandemic resulted in an extensive school lockdown, but he returned to school in January 2022 to resume his studies. 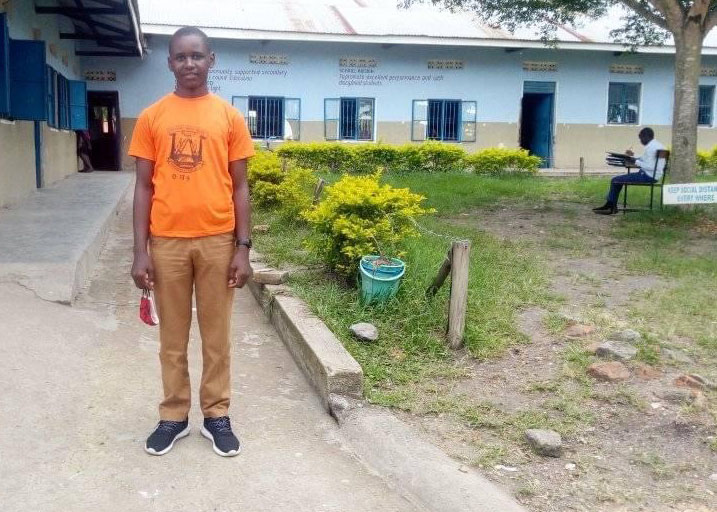