The new McNabb classroom block was completed in August 2016, just in time for the beginning of the final term of the school year. The walls were still bare brick and there was a cavernous roof space over all three classrooms, but the teachers and pupils were keen to move in – the teaching space was so much better than in the small wooden classrooms! 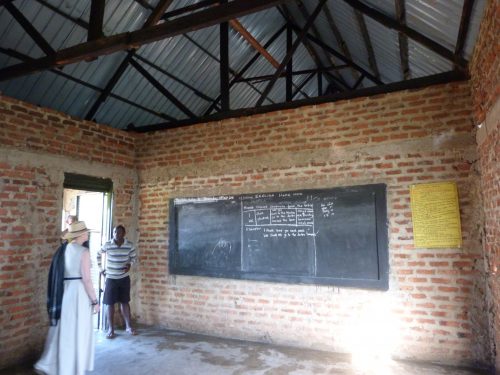 Unfinished classrooms in use and much appreciated by all (October 2016)

The plastering (inside and out) and the exterior painting was done in the long holiday December 2016-January 2017.  This was big job and there was only time for a layer of undercoat on the inside before term began… 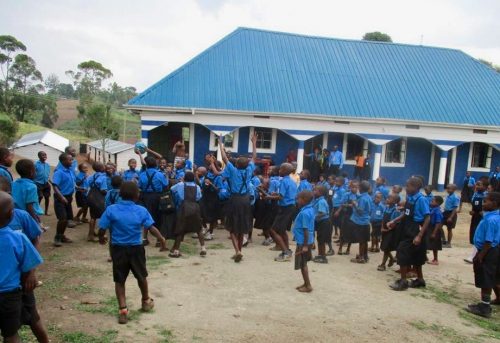 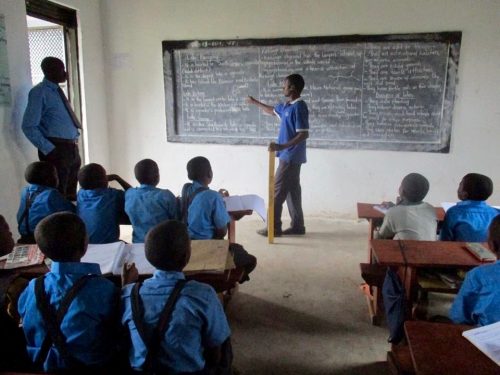 Inside the plastered classrooms (February 2017) 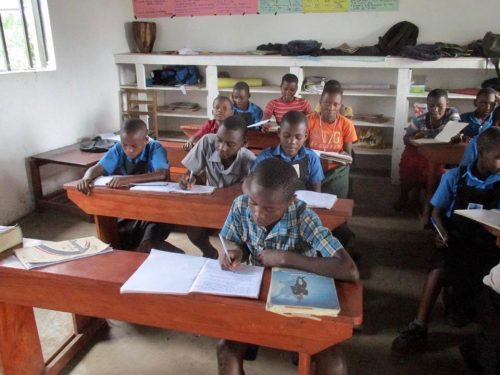 To minimise disruption to the teaching and learning, further finishing work inside the classroom block was delayed until after the Primary 7 children had sat the Primary Leaving Examination in November 2017. Ceilings were then installed in all the classrooms and a top coat of good quality paint was applied to all the walls. 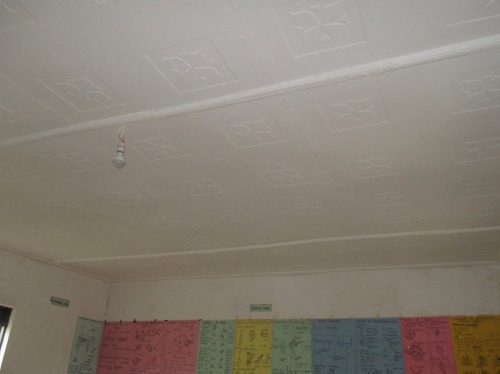 Ceilings installed to reduce the transfer of noise (November 2017) 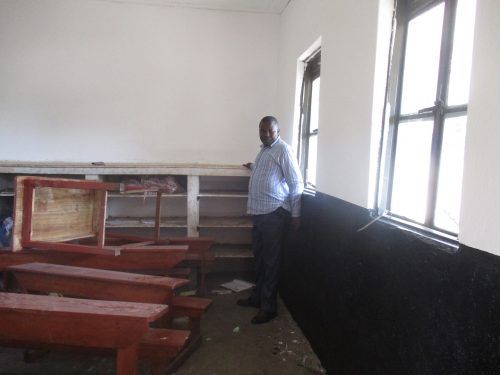 It may have taken over a year to put the finishing touches to the new classroom block, but the school is now very proud of the McNabb building (named to honour Dollar Academy, who provided a large proportion of the funds used for construction).