Kindergarten on the Move 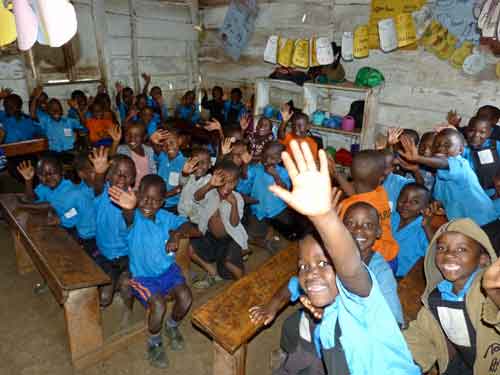 The early years classes at Uphill are often the biggest and, up to now, children in the Baby, Middle and Top kindergarten classes have been crammed into their small wooden classrooms like smiley tinned sardines. We decided to take action…

We have been fundraising for the last 2 years to build a permanent Kindergarten separate from the Primary School, as required by the Uganda education authorities. We have the land, but it will be a few years before we have enough money to build the three large classrooms plus small staff room and store room that will be needed. Then we had a brainwave…time to repurpose the wooden classrooms, again! 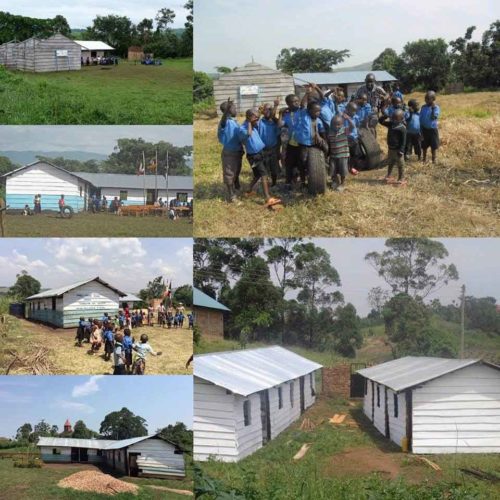 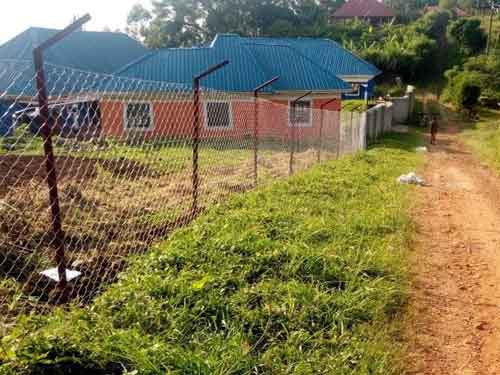 The first step was to fence in the area of land that we had designated for Kindergarten during our visit to Uphill at the start of the year. We had hoped that this work would begin in the Easter school holidays, but the COVID19 pandemic put paid to that. However, by June the trade stores were opening again and the schools were still closed, so it was an ideal time to crack on. 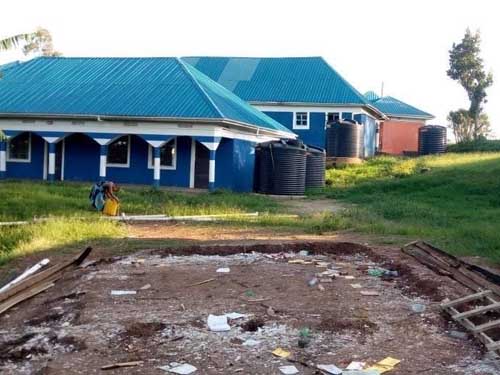 With the fencing complete, the next step was to dismantle the wooden classrooms that housed the early years classes. The ground that has been freed up will now form a much-needed play space for the lower primary children. 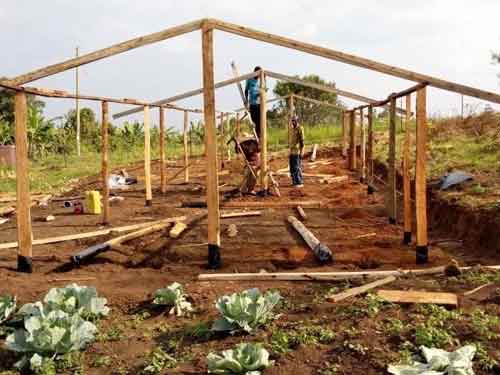 A new wooden framework was constructed on a levelled area of land – termites had damaged the old timbers – leaving space for the permanent buildings at the top of the site. The new wooden classrooms are larger than before which will make life easier for the teachers and children. 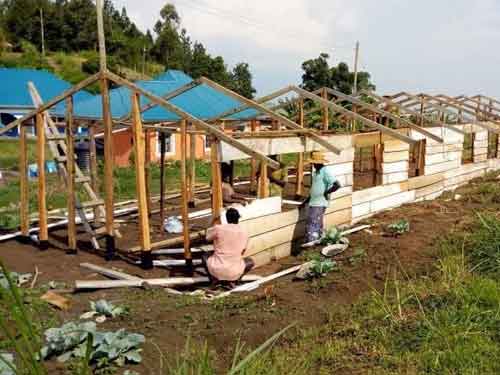 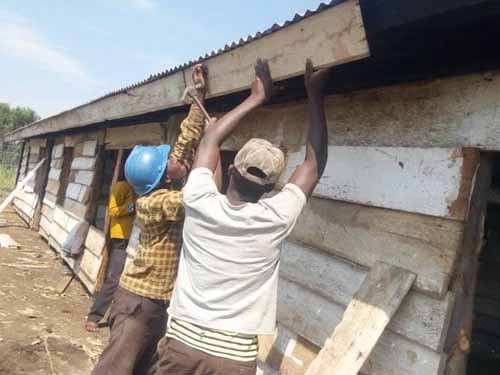 Wooden planks from the old Kindergarten classes were supplemented with material from the vacant P1-4 wooden block and the roofing material was also reused, where possible. Nothing is wasted in Uganda! 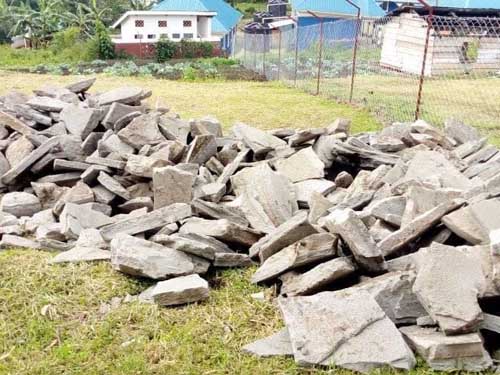 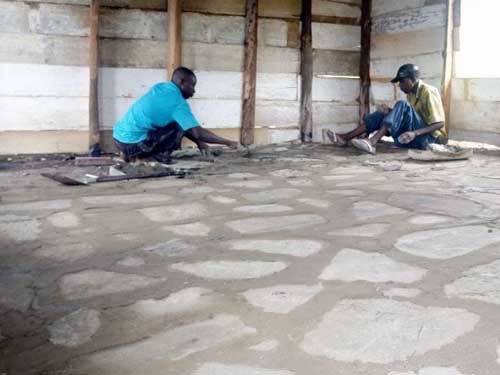 Once the building was roofed, a stone floor was installed. One of the big problems with the previous wooden classrooms was the earth floors. They were uneven, dirty (dusty in the dry and muddy when it rained) and harboured ‘jiggers’.

Jiggers, or chigoe fleas, are parasitic sand fleas that burrow into the skin and lay eggs. They cause swelling, itching and infection which can lead to amputation and even death in the worst cases. Originally from central and south America, jiggers are now a major problem in rural areas of sub-saharan Africa, often affecting the soles of the feet when shoes are not worn.

Instead of an expensive concrete hardstand, school director Elius suggested that we install a ‘crazy paving’ floor, using a flat gypsum stone that is available in western Uganda. There was some head scratching from the build team, but the installation proceeded smoothly and they now have a new skill under their hats! 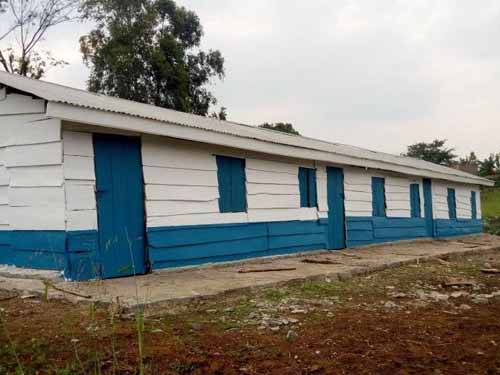 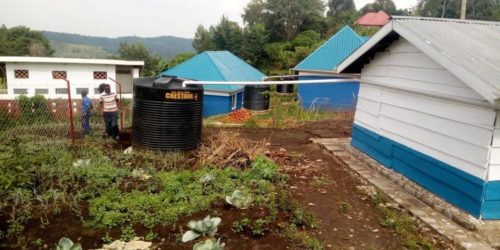 The classrooms are being painted inside and out, and we expect to see some fun artwork appearing in due course. Once the cabbages and carrots have been harvested, the playground equipment can be relocated too…what a surprise for the 3-5 year olds when they are finally allowed to return to school! 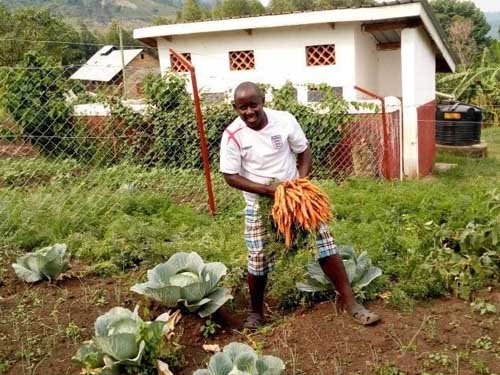 In a few years time, once permanent classrooms have been built, the walls of the wooden Kindergarten can be removed and the remaining roofed hardstand will be a useful shade area for outdoor lessons, eating lunch and sheltering during rainy playtimes. In meantime, we will continue fundraising…

UPDATE October 2020: The playground has now been installed and extended with new tyre play pieces and planters. It was lovely to see one little boy, who will be joining the Uphill Kindergarten when it reopens, helping his father with the painting. 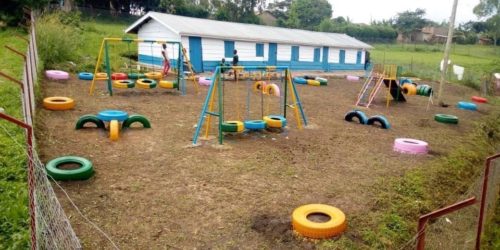 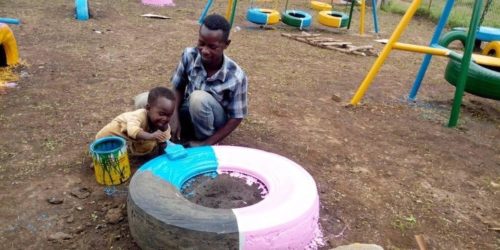