Sometimes it’s the simple things that bring the greatest rewards. As there is no electrical power at Uphill (yet) and it was the rainy season, the kids have very little to do during break times. It was a great fun to show them a few of the “low tech games” of my childhood.

When I realised that the kids at Uphill had never learnt how to play Hop Scotch or Ludo or Snakes and Ladders, I just had to teach them. It turned out that the hardest thing I had to do was remember the rules.

A stick and a stone were all that were needed to play Hop Scotch out in the playground. It didn’t take long before they were discussing which sort of stone would be easier to throw. Low tech definitely. 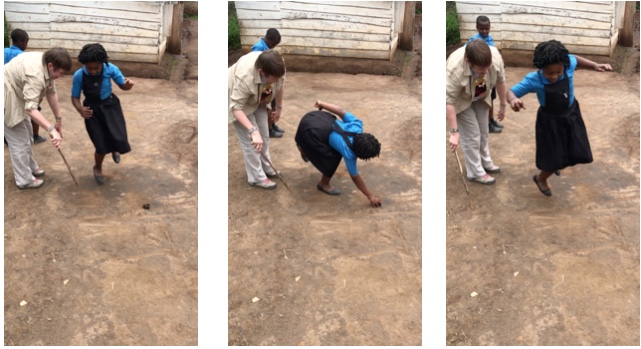 Along with the Snakes and Ladders and Pairs games, a couple of sets of “Pick-Up Sticks”, also known as Spillikins, were tucked inside my heavy cases on the way out to Uganda. The classroom floor was ideal for Spillikins and plenty of kids and teachers all eager to have a go. Within half an hour later their competitive instincts came to the fore. 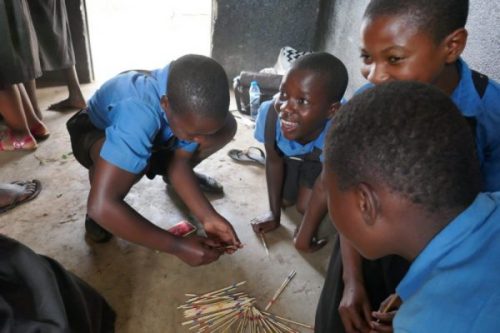 Even though the teachers were supposed to be marking exam papers, they couldn’t resist a game of Snakes and Ladders. Deputy Head Judith was delighted when Headteacher Michael was the one who had to go back to the beginning down the long snake. 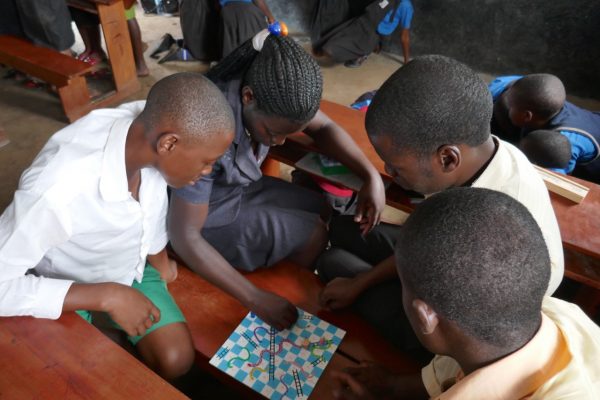 The Ludo sets were bought from a store in Fort Portal for the princely sum of £4 each. They are suitably robust for school wear and tear and had British football team logos marked on for the four bases. 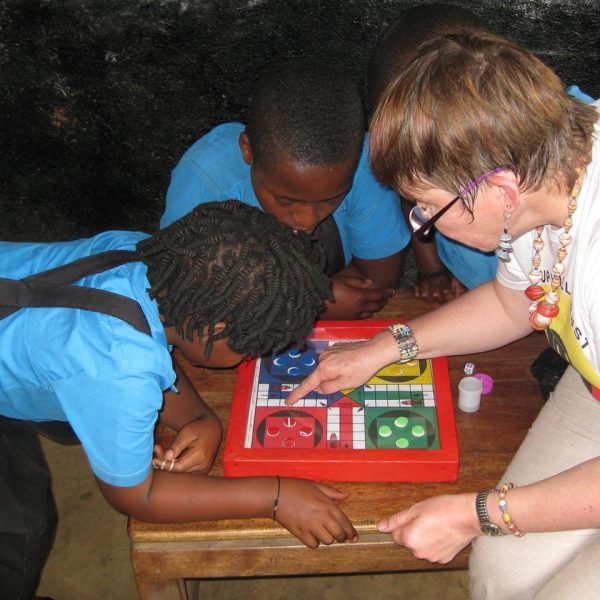 When they have wet playtimes, as happens in dramatic fashion in Uganda’s rainy season, they will be able to have fun whilst improving their numeracy, observation and dexterity skills. 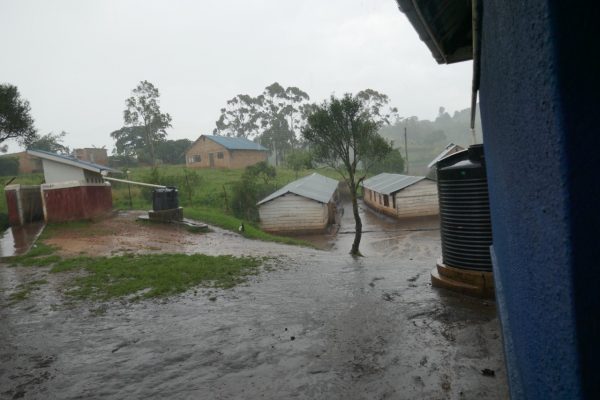 Now, where did I put my Jacks…?