At the end of January 2017, The Uphill Trust celebrated its second anniversary as a Scottish registered charity. There is a link to our latest Annual Report on the blue website footer bar but we think it’s much more fun to see the first two years in pictures, so, here goes: 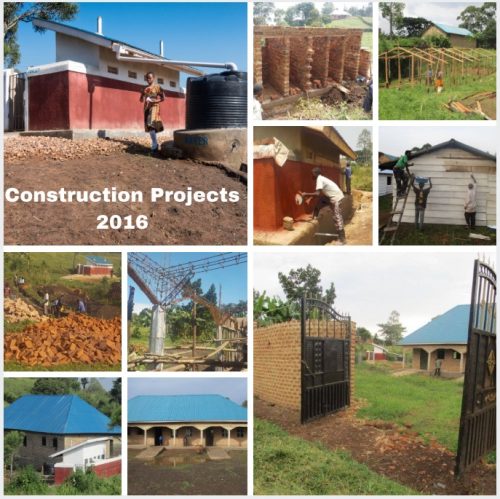 2016 seems to have been filled with ‘construction’.

From the excitement we felt watching the official opening ceremony of the latrine block in the early part of the year, we moved on to plans and estimates for the first of the permanent classroom blocks on the new school site. Made possible by a very generous donation from the Dollar Academy Sponsored Walk 2015,  construction of the block began just after we left Uganda in March. The three-classroom block was completed in time for the beginning of Term 3 in September. Primary 4, 5 and 6 happily moved in even though the walls had not yet been plastered and painted. Meanwhile, a second plot of land, adjacent to the current site, was offered to the school and we were delighted to be able to buy that towards the end of March.

During the classroom build it became clear that keeping the local cow population out of the school site was becoming an urgent priority. After a splendid fundraising event – the 48 Hour Fence Loupers sponsored motorcycle dash around the four compass points of mainland Scotland – both sections of land were enclosed into one site with good quality chain link fencing. Wonderful front and rear gates finished the job.  The Ugandans are very partial to a good, formal property entrance!

It was just as well the school had that second plot of land, as it became clear as the year progressed that the rented ground on which the wooden school building had stood for 4 years was to be developed for housing by the owner. At the very end of 2016 the original wooden school was carefully dismantled and rebuilt as two blocks of temporary wooden classrooms on the new school site. The whole school will be taught on the new site in the 2017 academic year. A great achievement for the school community. 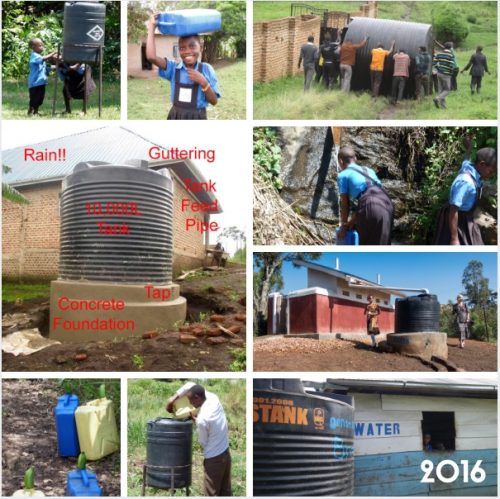 The challenge of providing water for the Uphill children was also firmly in the trustees’ minds in 2016.

In March we found out first hand the time and effort needed to provide a daily supply of water for hand-washing and drinking. Carrying water uphill from the all-year water source, in the heat, is something we’ll not forget in a hurry!

The wooden school had been provided with a 5,000L water tank and guttering by 1st Newport Brownies in 2014, but this water supply runs out quickly once the dry season begins. If the tank is dry, water has to be carried to the school on a daily basis by the pupils.  By the time the trustees visited the school again at the end of September, a 1,000L rainwater harvesting tank had been installed by the latrine block. In November, following some super fundraising by one of our Uphill Ambassadors, along with a very generous donation from another supporter,  two huge (10,000L) harvesting tanks arrived to collect rain water from the new classroom block roof. Since then, of course, it hasn’t rained at all but everyone is looking forward to the tanks filling up during the next rainy season, hopefully around March 2017. 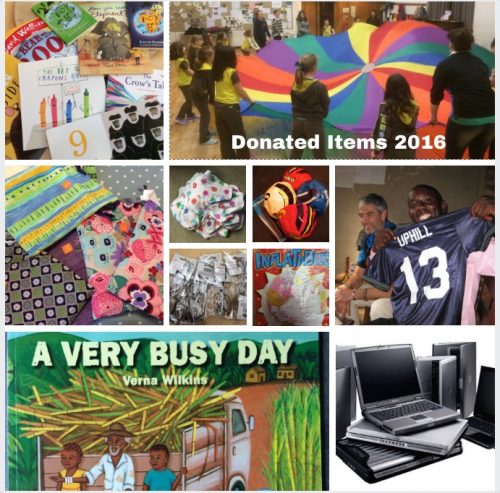 In addition to the fabulous financial donations to The Uphill Trust, we also receive new and second-hand items which we stuff into the spare corners of our luggage when we go to Uganda.

As in 2015, we were able to take all sorts of ‘extras’ to the school, including two large donations of reusable sanitary pads for the older girls and female staff members. We are extremely grateful to everyone who made and donated these pads, especially to the Moray Coast chapter of Days for Girls. Such simple things can change the daily lives of girls and women in developing countries.

Other donated items included second-hand laptops, lots of books for the school library, reading glasses for the community elders, foot balls, stationery, craft items,  sports uniforms to kit out two school teams and a giant ‘play parachute’. This proved hugely popular when demonstrated during our visit in March. Whilst taking ‘stuff’ over to Uganda has its challenges, we usually find a way, eventually… 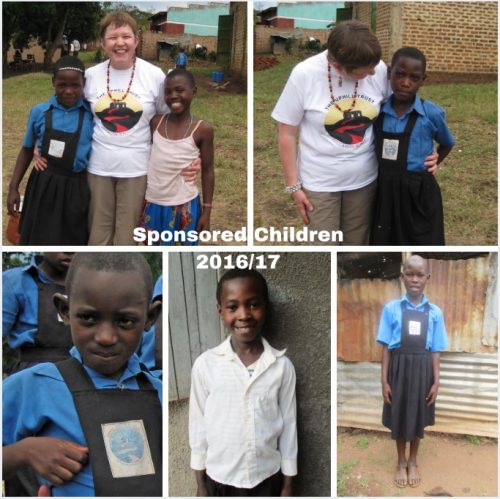 There are many children in the Uphill community who need extra help but, when a donor comes forward, we are able to provide personal support for the most needy. In 2016 four children were receiving help from the Uphill Trust Pupil Support Fund.

At the beginning of 2017 we are delighted that two more children are also being helped by the Pupil Support Fund. Thank you to everyone who has given the gift of education to these children – it may end up changing their lives for the better. 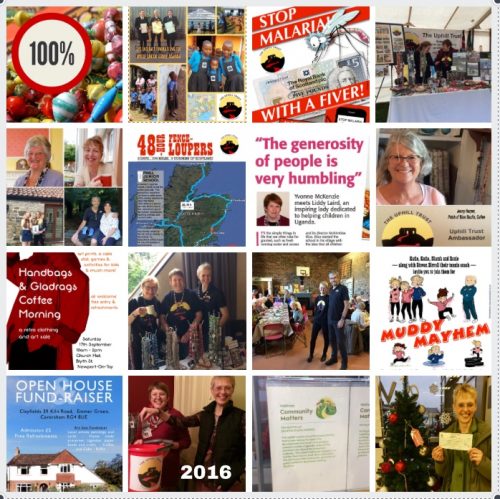 Last but by no means least, 2016 proved to be a very active fundraising year!

Trustees, Trust Ambassadors and a host of supporters donating time to organise and help at events, have all done this work. Generous financial donations from a wide range of individuals, community groups and school charity groups have added even more. The results of everyone’s efforts have allowed the Trust to move forward with extra projects at the school alongside the regular commitments of supplying soap and disinfectant for the hygiene programme – and, of course, paying the teachers.

Thanks to EVERYONE who helped to make 2016 such a success -you know who you are! 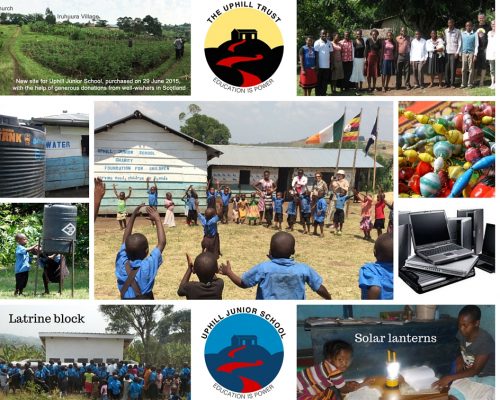 We can’t quite believe it ourselves, but on 29th January 2016 The Uphill Trust celebrated its first year anniversary as a registered Scottish charity. We have achieved more in one year than we ever imagined possible and, as the Chairman and two other Trustees prepare to visit the school again in early March, we are looking forward to presiding over the official opening of the new school latrine block and to agreeing details for the construction of the first block of classrooms on the new school site.

We couldn’t have come this far without the fantastic support we receive from our fabulous supporters – thank you!